Disregard for Wildlife Conservancy in South Africa and Kenya
Advertisement 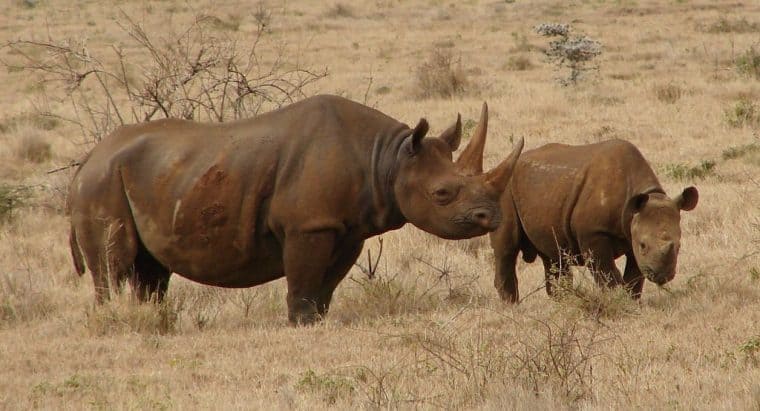 Poaching is a persistent global problem with a profound effect on those regions that house the animals most attractive to poachers. The international demand for ivory and rhino horn is fuelling catastrophic declines in the elephant and rhino populations in Kenya, Tanzania, South Africa and elsewhere in Africa.

Although poaching has occurred since antiquity, its rise and fall has not slowed its devastation even with conservancy efforts. According to ThoughtCo.com, Asian demand for ivory began to rise again steeply in the 2000s and poaching in Africa rose to crisis levels. In addition, a different type of poacher entered the poaching trade, with militant extremist groups like Al-Shabaab using poaching to fund their terrorism. Due to these factors, the International Union for the Conservation of Nature in 2013 estimated that 20 000 elephants were being killed annually. This vastly exceeds the birth rate, making it a precursor to foreseeable extinction.

Kenya is ranked second on the list of countries with the most poaching globally. To make matters worse, negligence recently added to the deaths of some of the world’s most endangered species. Eight of 14 critically endangered black rhinos have died after being moved to a reserve in southern Kenya.

Tourism Minister Najib Balala said in a statement that an initial investigation by Kenya Wildlife Service (KWS) showed that the rhinos died of salt poisoning after drinking water at their new habitat. Save the Rhino estimates there are fewer than 5 500 black rhinos left in the world, all of them in Africa. Kenya’s black rhino population accounts for 750 of these. Losing 14 in one fell swoop is therefore a disaster of epic proportions.

Cathy Dean, chief executive of Save the Rhino, said she and international colleagues were shocked and deeply saddened. “It’s an absolute tragedy to lose seven [now eight] animals in this way,” Dean said to the Guardian. “The most important thing is for Kenya to do a proper inquiry and investigation into what went wrong. For that to happen the Kenya Wildlife Service needs to bring in external vets and translocation specialists from other countries – Namibia, for example.”

Kenya has had a terrible run in the last two years of protecting its valuable wildlife. According to KWS figures, nine rhinos were killed last year. Then, in May 2018, three more were shot dead inside a specially protected sanctuary in northern Kenya and had their horns removed.

All this as the world still mourns Sudan, the last male northern white rhino on the planet who had to be put down by Kenyan vets after becoming ill.

A whistle-blower has alerted the BBC to a court syndicate that could be keeping rhino killers beyond the reach of the law. The publication reports that the middleman informant passed a lie-detector test, and his affidavit has been cross-checked by police investigators, who feel his accusations are “serious and need investigating”. In it he describes cases in detail in which he names other magistrates, lawyers and prosecutors who are allegedly colluding to protect poachers from arrest and prosecution.

As it stands, about 1 000 rhinos are poached every year in South Africa for their horn. This new information may be explain why this goes on seemingly unchecked.

Related Topics:EnvironmentKenyaSouth Africa
Up Next

Great Think Tanks Are the Solution to Development in Africa: YATC 2018