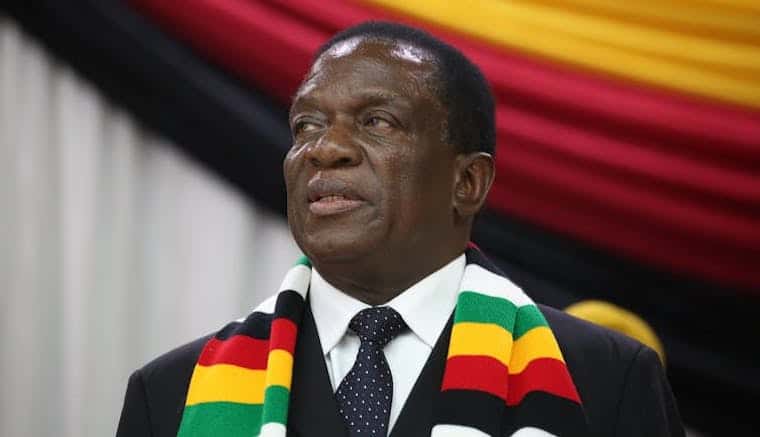 Video footage from White City Stadium, in Bulawayo shows an explosion going off in the proximity of President Mnangagwa as he left the stage after addressing supporters.

The President and Vice President Constantino Chiwenga were reported to have come out of the explosion unscathed. However, Zimbabwe police said in a statement that 49 people were injured. Two victims have since died from their injuries.

Presidential spokesman George Charamba said President Mnangagwa was not injured in the blast. “Investigations are under way and more details will be given to the public. There have been multiple attempts on the President’s life over the past five years,” Charamba said.

President Mnangagwa, 75, said he had visited the injured in hospital and condemned the heinous act.

Opposition leader Nelson Chamisa condemned the attack outright. “Political violence of any nature and from any quarter is totally unacceptable,” he said. “In the past 38 years, political violence has been a permanent feature and an anticipated ritual… which we must expunge.”

Shortly before the explosion Chamisa had accused President Mnangagwa’s administration of tracking him and having sinister plans ahead of the 30 July election.

“I hear they have set up teams that are following me but they won’t succeed in their mission because I have an angelic ark that is around me, so these earthly attempts will fail even if they want to kill me,” he said in a statement.

He went on to say that he would travel around the country on his own, regardless of the threats, and should he become president, he would continue to surround himself with minimal security.

This afternoon, as we were leaving a wonderful rally in Bulawayo, there was an explosion on the stage. Several people were affected by the blast, and I have already been to visit them in the hospital.

“The president should not be guarded by soldiers at all. I will not be crowded by soldiers because a leader must be accessible to the people, not moving around with soldiers and a huge motorcade,” said Chamisa. “The motorcade must be reasonably small, with the leader guarded by a few people who travel with him. This is what other leaders in the region do, such as (Ian) Khama of Botswana and the late (Nelson) Mandela (of South Africa). Why do people need these motorcades, as if they would take them into their graves?” he asked.

After Chamisa’s claims of threats to his life were dismissed as ‘unfounded’ by the Minister of Home Affairs, Obert Mpofu, MDC Alliance spokesperson Nkululeko Sibanda, speaking to the Daily Mail, insisted that Chamisa’s claims were genuine.

“It is irresponsible to think that the fears are not genuine, given that MDC leaders, including the (party’s) president, have been harmed by the State before. There can be no delusion over the possibility of being harmed. There is no second-guessing. We care about his security on account of precedence. Anything is possible,” Sibanda said.

The country still seems to be experiencing the legacy of Mugabe’s regime, which was notorious for the intimidation of key opposition members to derail campaigning. Whether or not the allegations against the current administration are genuine, it is staying the course by ruling out any delay of the election, despite the explosion.

Mauritius, where you pay $1M and more to be a citizen