“The Africa they never show you”
Advertisement 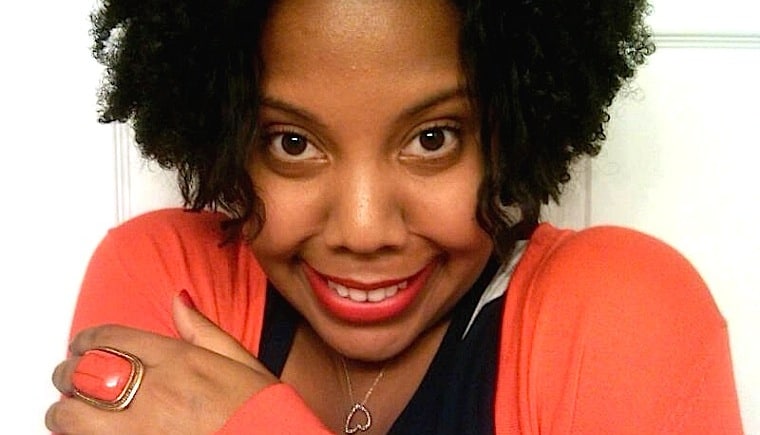 Would you classify An African City as satire or drama? Or both?

I would consider An African City a romantic comedy, with some scenes being satirical. I wrote the show as a romantic comedy because my main goal was to have plot lines that embraced African women as the heroines of their own story (or the anti-heroine but, regardless, their own story). We often don’t see African women as leads in romantic comedies, but African women are central to the storylines in An African City. At the same time, I love satire, so take an episode like “A Customs Emergency” where Sade (actress Nana Mensah) is trying to retrieve her vibrator from customs. I wanted a comedic and entertaining way to look at corruption at the Ports (Sade tries to bribe a customs agent) as well as elitism (Sade getting out of jail because of her family name). I mean, take someone like Sade who said she would never pay a bribe but ended up trying too. I am putting up a mirror to many of us in Accra society and I chose a platform such as YouTube to ensure that we can then have an open conversation about the flaws that we see…in ourselves.

AAC shines for its portrayal of ambitious, financially independent female character who sport natural hair and African garments. Can you tell me more about the feminist politics of the show? Do they have an “African feminist” specificity?

When writing An African City, I was particularly driven by my dissatisfaction with Western media’s imagery of the African woman. The African woman is always synonymous with an anti-poverty campaign and that single-story hurts us collectively, whether it is psychologically or socially. In terms of specificity, I was also driven by my dissatisfaction (even among black-produced films) of the politics of colourism. In many of these shows, there appears to be only one complexion acceptable in black femininity. I am proud of this show for being a visual testament to an array of complexions. I am also proud of this show for casting characters with natural hair because it goes against the recycled message of black feminine beauty. To be a black female character on screen, typically you would only have your natural hair if you are playing a role in a historical piece on slavery. Rather, I wanted a show that said that an African woman with natural hair can be the epitome of feminine beauty and glamour.

Can you comment on AAC’s treatment of class, its representation of a particular middle class/elite?

In Western media, there tends to be only one class of the African woman depicted…women living in poverty. Yes, unfortunately a high percentage of women on the African continent live in poverty, but that is not the only story. I wanted to bulldoze that single story with a completely different story… a story where Ghanaian and Nigerian women are wealthy. I started to think I had gone too far, but then I asked myself: why are you apologizing for writing wealthy female characters living on the African continent? Do writers who write wealthy Caucasian female characters ever have to apologize? I wrote these characters to be the antithesis of the imagery constantly pushed out by the West. I thought a show with a cast of financially stable and successful characters also lends to the visibility of more glamorous locations not highlighted by the West when it comes to African lifestyle…the Africa they never show you. That was my goal and that will ultimately stay my goal.

In an interview, you cited Misadventures of Awkward Black Girl as one of your inspirations. What creative decisions have you made that differ from Issa Rae’s (that may not be obvious to fans of both shows)?

I once read an interview on Issa Rae where she talked about how she was advised to create the “white Jay” character to appeal to larger Caucasian audiences. As a creator, you often feel pressured by others to make decisions that can go against the very reason you created the show. I can assume Issa Rae created the show to see the faces of women on screen that looked like her, to reach a demographic of awkward black girls typically underrepresented. In the same way, I feel that pressure with An African City and I wonder what that will mean for future seasons. A couple US networks that are interested have mentioned that they would like to see more American actors. A couple African bloggers have questioned why there are not more characters that are not so Westernized. But I set out to write a story about African females who are Westernized – so both those asks are not the stories I set out to tell. What I find interesting is that there are many shows out there with American actors or with non-Westernized African characters, so why the call for An African City to be what it is not?

Have you seen the TV show Girlfriends (just out of curiosity)?

Extra notes (since you have me thinking about feminism)…

I was first inspired by Sex and the City, but I knew that that show was conflicting in the realm of feminism. For a show written for and about women, yes, the storylines revolved around men, which many of us would say is conflicting to what feminism is supposed to be about. But, watching re-runs of Sex and the City as a twenty-something, I saw the show do one thing for a generation of women: women I knew appeared to talk more freely, frankly and authentically about sexuality and sensuality…breaking the notion that sex is just for men. I want that notion broken in my home country – my home continent. Enter: An African City. There is a sexual politics on the continent that shames women into believing that sex is not theirs. Typically, when it comes to African women (even non-African women) and sexuality there always appears to be these absolutes that there is something “to be given away” or something “to be lost,” but what about the story about what is to be gained? I know it’s a tall order, but I would hate to see that kind of shaming in my daughter’s generation.

Read: A critique of An African City