Moving the Maasai: Tanzania is repeating Kenya’s colonial past 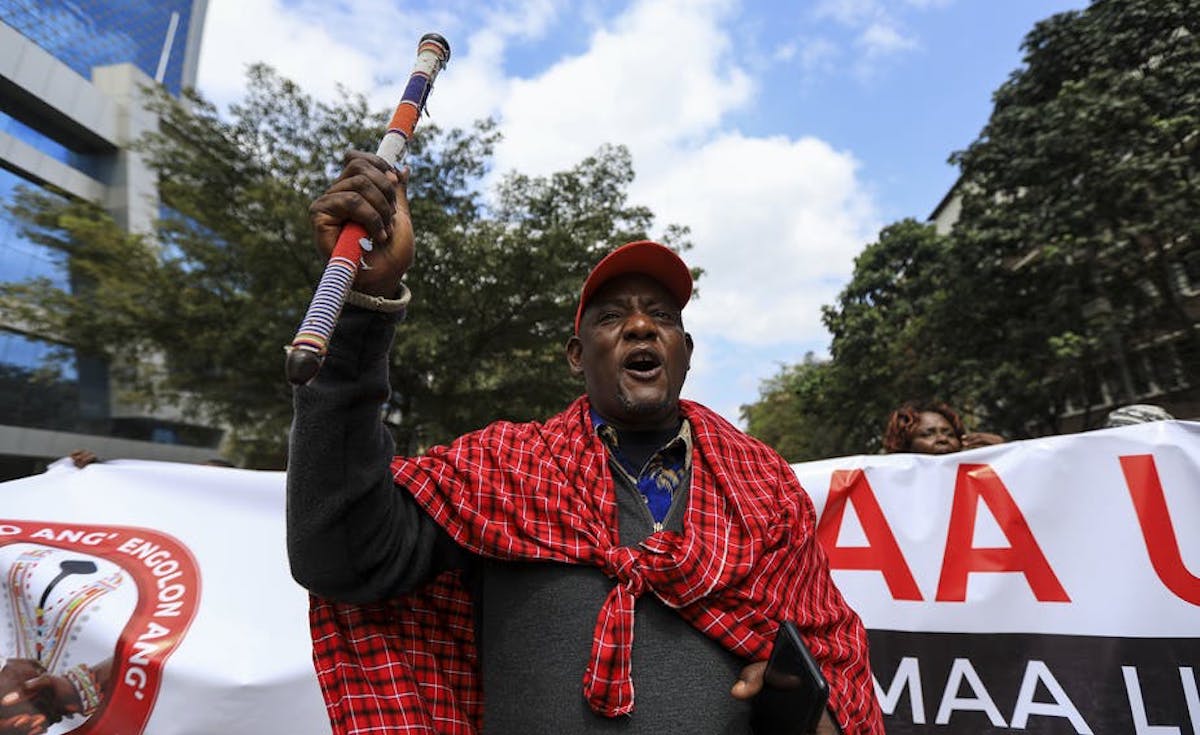 Images of distressed members of the Maasai community being forcibly moved from their homes, beaten and harassed by police and the army in northern Tanzania in June set social media alight with concern. Activists have since voiced their anger over land and human rights, and they have good reason to do so.

The Maasai live in Kenya and Tanzania. Traditionally nomadic pastoralists, many have now settled and diversified their livelihoods.

But they have long been on a collision course with government.
This has been the case with both colonial and post-colonial governments. And it’s largely because they live in areas wanted by the administration for other uses. One of these is wildlife conservation – for it is (wrongly) believed that people cannot co-exist with wildlife.

In northern Tanzania, the government is trying to evict thousands of Maasai from the Ngorongoro and Loliondo region to make way for tourists, wildlife and big game hunting. These are lands in which people live alongside wildlife, and which border protected wildlife areas.

It’s a situation that’s all too familiar.

Just over 100 years ago, in what was then the Protectorate of British East Africa (later Kenya), similar scenes were unfolding, as described in my book, Moving the Maasai: A Colonial Misadventure. Two forced moves followed treaties, or “agreements”, signed in 1904 and 1911, between Maasai leaders and British administrators.

The Maasai were moved into reserves where they could be more easily taxed and controlled, and to make way for white settlement. Other ethnic groups, such as the Kikuyu, were also placed in reserves at a later date.

It is an opportune moment to remind people of this history because of the continuities and the implications for the community, who – being displaced from their ancestral lands – face an uncertain future.

My book was based on Maasai oral testimony and information from archival sources. I found elders in their late 90s, some over 100, who were moved between 1912 and 1913 as children. Despite their age, they talked lucidly about these events and Maasai understanding of them, as if they had happened only yesterday.

We were pushed by force, by a white man called Bilownee [British official E.D. Browne], accompanied by African soldiers. The askaris [soldiers] were holding guns, they were beating the people. When you stopped they hit you with the butt of a gun. And if women made a joke or became lazy, they were caned. And when sheep or cows became weak, they were killed.

In 1895 Britain established a protectorate over the territory that became the Kenya colony in 1920. The areas seasonally used by Maasai (there was no private land ownership in those days) were coveted by European and South African settlers for their rich pastures, fertile soils and plentiful water sources. That is why first the Rift Valley, then Laikipia in the highlands, became targeted for white settlement.

Seven years after the first move, despite having promised the Maasai that they could keep the northern reserve on Laikipia “for so long as the Masai as a race shall exist” (in the words of the 1911 Masai Agreement with the British), they broke their pledge and moved them again, at gunpoint, into an extended southern reserve on the border with German East Africa.

The southern reserve was far inferior to Laikipia, in particular because stock and humans were killed by diseases to which they had no immunity. Today this area is known as Narok County, which includes the Maasai Mara National Reserve.

The forced moves were supposedly sanctioned by the treaties or “Masai Agreements” of 1904 and 1911. Maasai leaders put their thumbprints to both documents, and may not have known what they were signing away.

Those leaders soon woke up to the reality of their loss. From information I found in archives, the Maasai began legal action. This was done with help from European sympathisers, including Norman Leys, a Scottish medical doctor who worked for the administration in British East Africa.

Leys sent a series of explosive letters to British MPs that blew the whistle on what was going on. This raised a storm in parliament and temporarily stopped the move from Laikipia. But Leys was later sacked for his disloyalty.

Supported by British lawyers based in the protectorate, the Maasai took their case to the High Court of British East Africa in 1913 and challenged the legality of the 1911 Agreement. They lost on a technicality.

But it was a landmark case for its time – the first time, to my knowledge, that an indigenous people in Africa had taken such legal action against a colonial power.

Afterwards, the Maasai were heavily controlled in the reserve. They faced high taxation, forced schooling, quarantine restrictions and other livestock controls, while the warriors were forced to build roads. This led to riots, in which a number of warriors were killed.

Kenyan Maasai were forced to accept their lives in the new reserves. For a community that traditionally survived by seasonally moving their herds from one place to another, they were restricted, forced to compete for resources with other Maasai groups, and had to adapt to their new environment. On the plus side, the creation of the Maasai Mara National Reserve (in the area to which they moved) has long been a milk cow. This is because it’s managed by the Maasai-dominated Narok County Council and revenues are shared with the community.

Nonetheless, some Maasai activists continue to seek compensation or the return of the land from both the British and Kenyan governments.

In evicting the Maasai from the Rift Valley and Laikipia, the British clearly perpetrated a great injustice that has repercussions to this day. It is disgraceful that, more than 100 years after the colonisers forcibly moved Kenyan Maasai to make way for settlers, independent Tanzania is doing something very similar.