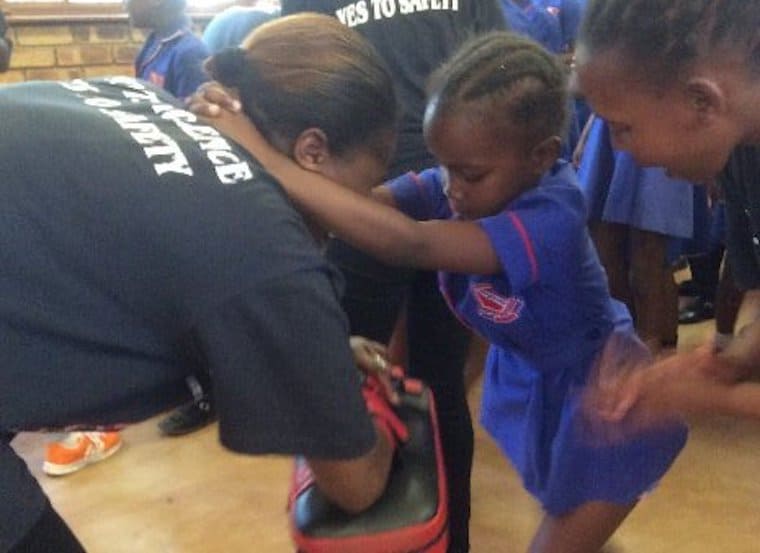 In recognition of her work, Steven has received the International Women of Change award and the UK prime minister’s Point of Light award, both in 2016.

“Violence has been normalised in South Africa. There is so much rape that people have become desensitised to it,” Steven told AFP. “If I have been educated about what is wrong and right, I will know what abuses it, and I am going to identify it the minute you start abusing me emotionally, physically, sexually, financially.”

According to its website, Action Breaks Silence offers two types of educational programme: Empowerment through Self-Defence, a programme for women and girls, and the Hero Empathy programme for boys.

The training is currently being offered in state schools and community groups in Soweto and Pretoria West/Atteridgeville and it ensure that female participants learn physical self-defence and how to read and react to potentially risky situations.

“Don’t ever, ever make the mistake of being in the same room as someone you don’t feel comfortable with because your guts have warned you. They have sent you a message — you are not supposed to be alone with that person,” trainer Dimakatso Monokoli is quoted by Africa News as telling her class.

She teaches the children to be confident and self-assured, “We are warriors,” says 11-year-old Nonkululeko. “I have this amazing drug in me – adrenaline – that helps you fight. It helps you to do almost the impossible.”

The boys are taken through role play games that encourage them to show emotions and develop empathy for other people’s feelings.

“In an African community, it is often taught that boys (should not) show emotions. When you show emotions, it is a sign of weakness,” instructor Isaac Mkhize was quoted as saying by the Daily Mail.

Action Breaks Silence trains and employs local people from the communities as instructors. This helps to provide full-time employment and attempts to create safer spaces by involving the wider community, thus creating awareness on the need to eradicate gender-based violence in their own communities.

Related Topics:Sexual healthSouth Africa
Up Next