What I took away from Cameroon’s Internet ban
Advertisement 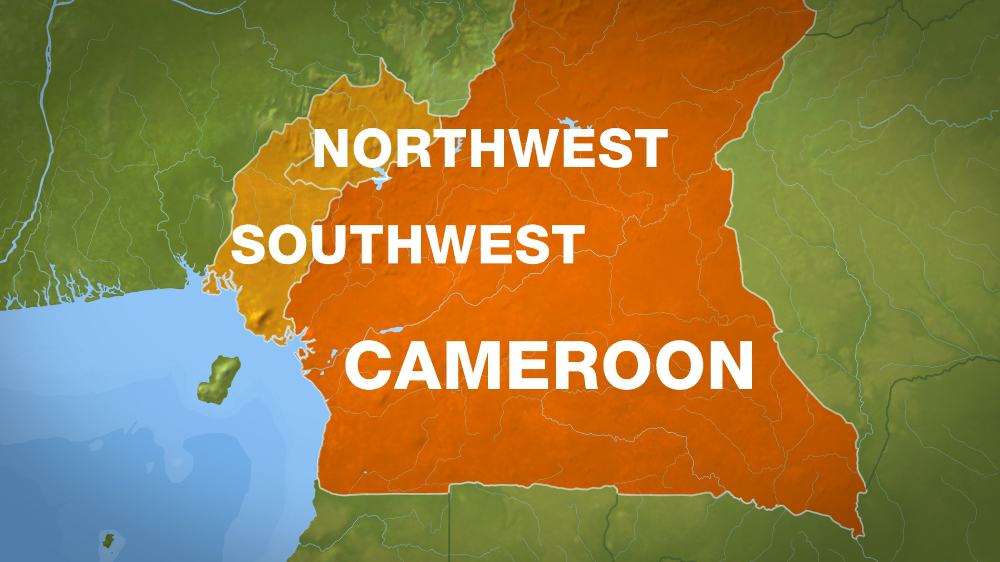 While residents of Anglophone Cameroon once again enjoy access to the Internet, not everything has returned to ‘normality’: Common Law lawyers are still on strike, the majority of schools in the Anglophone regions have been closed since November 2016, and financially crippling ‘ghost towns’– where businesses are shut down and movement is hampered at least once a week – are still being observed.

The government has yet to try the arrested protest leaders: Whenever they appear in court, their trial dates are adjourned to the next month. Ambassadors and ministers –predominantly Francophone– are threatening to enforce yet another Internet ban if they deem it necessary, and many people remain locked up without charge. Uncertainty prevails.

This experience and the time without the distraction of the Internet have helped me consider several aspects of this modern-day revolution differently. Here are a few of my takeaways:

An Imperfect Revolution Still Deserves To Be Perfectly Addressed

Humans tend to have high expectations of victims.

A look at various oppressed groups will reveal that support is only unanimously given when the abused is seen to be ‘faultless’. In South Africa, debates on xenophobic attacks often see the ‘justification’ that Nigerians bring drugs into neighbourhoods. In the U.S., the killing of African Americans by police officers are often explained away in terms of the past offenses and petty crimes of the deceased.

Such has been the case with the ongoing Anglophone struggle in Cameroon, which has been criticised as much – if not more–as it has been supported because those making up the movement have been less than perfect victims.

This movement, which began as an industrial action by Common Law lawyers in October 2016, grew into something larger when teachers in Anglophone regions joined in support. It has since been put under the microscope and found wanting by Cameroonians on both sides of the linguistic divide, at home and abroad. By 17 January 2017, when the government began the arbitrary arrest of the protest leaders and enforced an Internet ban on the two Anglophone regions, many of us had already begun criticising the movement.

The original protest leaders–teachers and Common Law lawyers’ unions –were pushed by popular sentiment to leave the trade union grievances they started with and take issue with the larger political system, which they perceived as the root of their grievances. With that, they began a secessionist battle that seemed to have little strategy or fore thought, and no end in sight.

The ‘struggle’, as it has since been named, had no agreement on what the marginalised Anglophones truly desired: Was it federalism, or secession, or simply better governance to address their marginalisation and fully enforce the government’s promise of decentralisation? It was further marred by the spread of (unverified) information about physical violence, burning and cyber bullying any person (or institution) who had contrary views. Given all this, it seemed the revolutionaries were no different from the evil we were revolting against.

It was the Internet ban– a carelessly cruel and illogical response by the government– that brought on the realisation that a lot of us were guilty of desiring a perfect victim, or, in this case, a perfect revolution. Most people of comparative privilege were unable to empathise with such a flawed movement. This kept a large part of the country silent when a vital system of communication was cut off in two out of 10 of the country’s regions.

Fake news, like a malaria epidemic, is best addressed by clearing the environment that breeds it.

When the state newspaper published a blatant lie about the peaceful/complete resumption of schools in all of the Anglophone regions, it was not called ‘fake news’.

Yet, so what if the movement is flawed? We can call out the struggle for going astray, but the truth of the protest stands: There have been decades of Anglophone marginalisation, the abuse of power by police, systematic issues in our educational and legal systems, and the suppression of freedom of speech.

We may question the strategy of the struggle, the authenticity of some of its leaders and the hate-mongering, sexism, online bullying and outright stupidity that have marred it, but we should not delegitimise its necessity. One’s victimisation should not lose its legitimacy because one is not completely blameless.

Fake News is the Consequence; We Ought to be Addressing the Cause

‘Fake news’ first gained my attention with the 2016 presidential election in the United States. Either Donald Trump was accusing the media of spreading it, or the media was fact-checking him to prove that he was the fake, or Hillary Clinton’s campaign was struggling to dispel rumours and correct exaggerated stories. Then, fake news seemed easily recognisable: click-bait headlines, the obvious absence of a copy editor and very few reported facts. It didn’t matter all that much to me, until it became Cameroon’s turn to battle with it. Over the course of the struggle, Anglophone Cameroonians online have seen and shared at least one of these fake news stories:

These are just a few examples of the unverified information that went viral during that time. The stories were readily shared because they justified or flattered the revolution. These stories would be created and spread via WhatsApp and would include the statement ‘forwarded as received’ to acquit the sender of publishing fake news. And so it went, till stories with no traceable author became fact– alternative facts.

Following directives from the Ministry of Post and Telecommunications, an Internet blackout was enforced in the two Anglophone regions as of 17th January 2017, as a way to “hamper the proliferation of fake news”. Text messages were sent directly to mobile phone subscribers, threatening them with penalties, including long jail terms, for “spreading false news via social media”. These claims were further cemented when the speaker of Cameroon’s National Assembly, in a speech to parliament, called the use of social media “a new form of terrorism…as dangerous as a missile”.

As I heard more and more of this excuse, I began to question what fake news was exactly. I concluded that fake news, like terrorism, depended on who partook in it. When the state newspaper published a blatant lie about the peaceful/complete resumption of schools in all of the Anglophone regions, it was not called ‘fake news’. On the numerous occasions that our main news agency selectively reported on rallies and protests and police violence, with local government officials denying violence even when it had been caught on camera, none of that was called out as fake news. In fact,radio and private TV stations that tried to offer more information on the protests were threatened.

You do not address fake news by further suppressing people. This only gives the impression that the news was not all that fake after all, and you – the government – have something to hide. If anything, the government-imposed ban encouraged the spread of false stories. It became much harder to verify the rumours that were being spread via SMS among Cameroonians in other areas of the country and in the Diaspora.

We are all complicit. Still, no group is more complicit than the silent.

Fake news, like a malaria epidemic, is best addressed by clearing the environment that breeds it. Drain the swamp of poor news reportage, spread nets of reliable fact checking and spray the environment with comprehensive education for critical thinking. Then watch how citizens themselves will call out rumour-mongers and bloggers who peddle baseless stories.

It Is the Silence That Will Kill You

My greatest takeaway from this Internet ban has been the affirmation that our leaders alone cannot be blamed for the many issues facing our country. We are all complicit. Still, no group is more complicit than the silent.

It is the silence of many that has resulted in this crisis. The silence of those whose family members repeat derogatory remarks about other linguistic groups, recycling stereotypes.Of those Anglophone politicians who chose their positions over their identity. Of the historians who conveniently forgot to immortalise the actual date of independence of an entire section of the country. Of these lf-interested journalists who chose what to report and what to omit. Of those who, recognising some viral message as false or incomplete, simply turned away. And of course, those who still remain silent, thinking ‘It shall pass soon’, ‘Let’s just pray’, and ‘Someone else will say something’.

If anything, the Internet ban’s greatest consequence is the apathy it has bred in a generation of young Anglophone Cameroonians who were once so hopeful. We will remember the silence of those we respected as leaders and mentors as much as, if not more than, the threats of our enemies.

The original video of the Zimbabwean protest is found here

Related Topics:CameroonSocial media
Up Next

Social Justice, Identity Politics, and the Liberal Fundamentalism Poisoning It